The Philosophy Behind Our Food Chart

HomeThe Philosophy Behind Our Food Chart 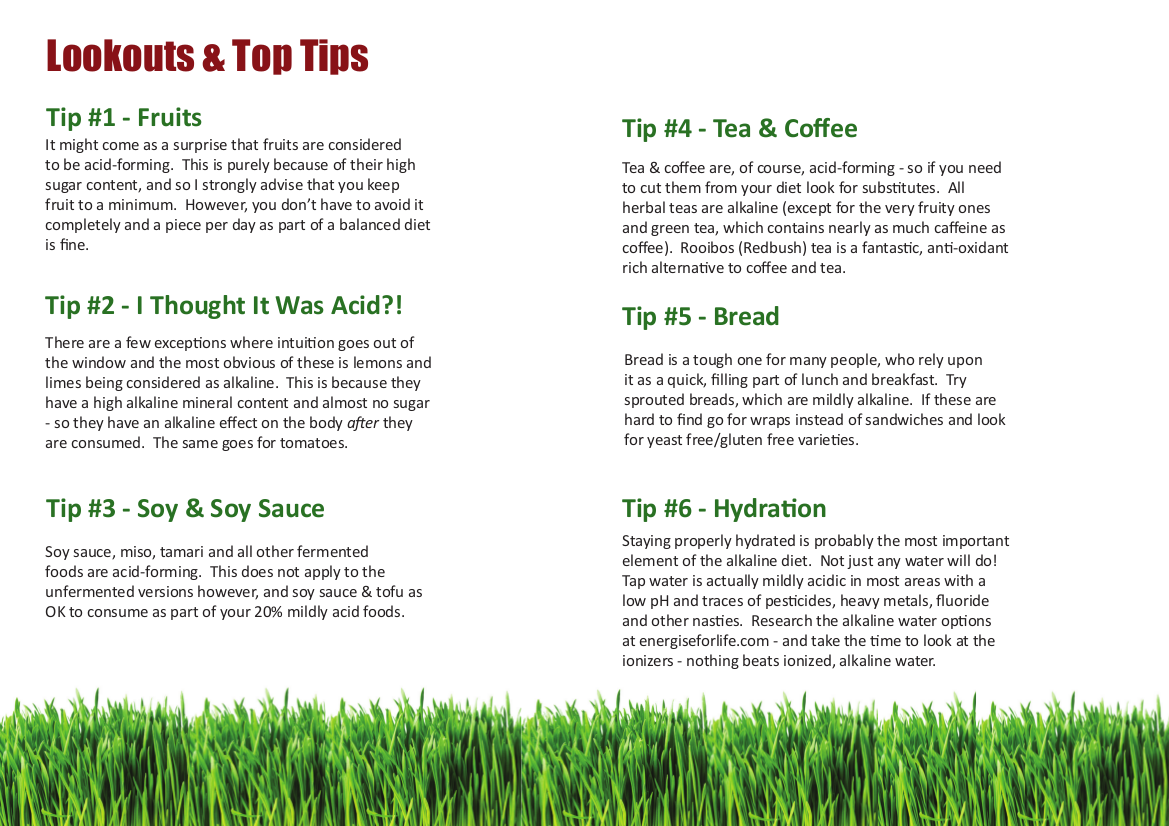 As you are probably aware, there are many different conflicting food charts available online. So before we start I want
to clarify why how we have classified the foods contained within this list. I know it is quite confusing to see such
differences in the charts. This amount of conflicting information is the main reason I set up Energise and I believe our
chart (based on the research of the Alkaline Diet pioneer, Dr Young) is the most accurate.
The reason that other charts show such disparity is because they base their classifications on the readings for the
Potential Renal Acid Load research (PRAL). This is not an accurate source for this purpose. The reason for this is, to test
for PRAL they basically burn the food at an extreme temperature and then take a read of the ‘ash’ that is left behind
and what it’s pH is.
While this does give a read of its alkalinity from the mineral content of the food, this is only half the picture. By
burning it at such a high temperature they also burn away all of the most acid-causing content of the food, namely
sugar. That is why on some charts high sugar fruits are listed as alkaline. Bananas for instance are high in the alkaline
mineral potassium, BUT they are also 25% sugar which makes them very acidifying when we consume them.
So, basically, the main difference between the charts comes down to one simple thing:
Some charts determine acidity or alkalinity on the food before it is consumed & others (like mine) are more interested
in the effect the food has on the body after it has been consumed.
Personally, I have no interest in what a food is before I’ve eaten it – I want to know whether it will alkalise or acidify my
body. Make sense?
I hope this helps clear things up.